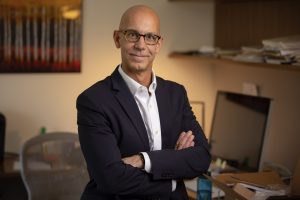 Dr. Trapp is a Professor with the Department of Atmospheric Sciences at the University of Illinois at Urbana-Champaign. Before joining Illinois in 2014, he was a Professor in the Department of Earth and Atmospheric Sciences at Purdue University from 2003-2014, and a research scientist with the National Severe Storms Laboratory (through the Cooperative Institute for Mesoscale Meteorological Studies) in Norman, Oklahoma from 1996-2003. Four years of his tenure with NSSL were spent as a visiting scientist at the National Center for Atmospheric Research in Boulder, Colorado. 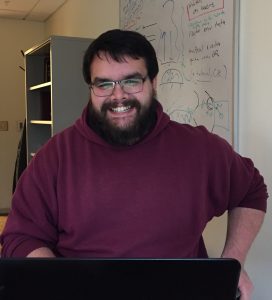 Geoff is working on his Ph. D. in atmospheric sciences. He studied for two years at Saint Louis University before transferring to the University of Illinois at Urbana-Champaign (UIUC) to finish his B.S. in Atmospheric Sciences, and he completed his M.S. in Atmospheric Sciences at UIUC. His research interests include mesoscale dynamics and severe weather. The foci of his research are the coupling between the characteristics of storm updrafts and their attendant cold pools and the influence of supercell updraft characteristics on tornadogenesis and tornado intensity. 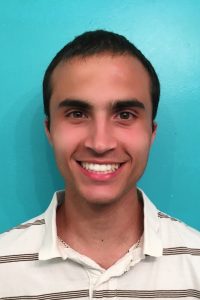 Michael is a second year M.S. student in atmospheric sciences at UIUC. He received his B.S. degree in meteorology (with a minor in mathematics) from Valparaiso University in 2018. Michael’s M.S. research involves analysis of data from pre-tornadic mesocyclones, especially in high-shear/low-CAPE environments. 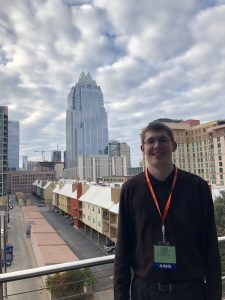 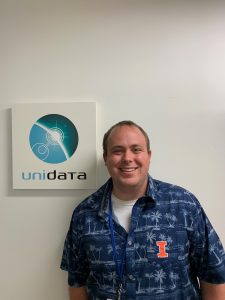 Max is a first year M.S. student in atmospheric sciences at UIUC. He is a recent graduate from Valparaiso University, graduating with a B.S. degree in meteorology and a minor in mathematics. In his undergraduate program, he worked on a couple different research projects. The first was developing a data workflow intended to be used to analyze microclimates and the Indiana Dunes National Lakeshore. This project involved working directly with the local USGS office at their Lake Michigan Ecological Research Station. Max also received a University Guild research grant which funded the development of a high performance computing cluster utilized by the department for running the Weather research and Forecasting model.  This interdisciplinary project involved coordinating with the computer science program, the National Center for Atmospheric Research, and faculty in the meteorology department.

His research interests include mesoscale dynamics, severe weather, and data visualization methods. He will be working with data collected from RELAMPAGO in addition to numerically modeling severe storm hazards in a future climate. 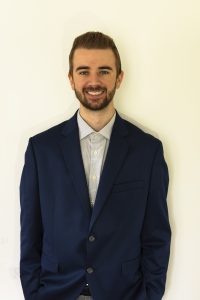 Matt is a first year M.S. student in atmospheric sciences at UIUC. He received a B.S. in meteorology with a minor in mathematics from the University of Oklahoma in 2019. During the spring of 2019, he participated in the TORUS project, a multi-organization field campaign that observed supercells and tornadogenesis through radar and UAS. Matt’s M.S. research aims to analyze the effects of anthropogenic climate change on extreme tornadic events through the use of pseudo global warming methodology and high resolution WRF model simulations.

Jake recently completed his Ph.D. in atmospheric sciences at UIUC. He obtained his B.S. degree from the State University of New York at Oswego in 2014, and his M.S. degree from UIUC in 2016. Jake’s M.S. research topic was the formation mechanisms of misovortices within long lake-axis parallel (LLAP) lake-effect snow bands east of Lake Ontario using both dual-Doppler radar observations from the OWLES field campaign (winter 2013-2014) and high-resolution WRF simulations. The first third of his Ph.D. research consisted of creating a two-year radar and environmental climatology of severe convective storm modes and life cycles near the Sierras de Cordoba mountain range in Argentina, South America. Currently, Jake is analyzing the environmental and storm-scale factors that aid in the rapid upscale convective growth of orogenic deep moist convection into larger mesoscale convective systems in this region of South America using both ground-based radar data and high-resolution WRF simulations. This work is partially in preparation for RELAMPAGO, in which Jake will be an integral part (both in forecasting operations and in the field launching mobile soundings.

Dereka earned her Ph.D. in atmospheric sciences in 2018. She graduated from Jackson State University in April 2012, with a B.S. in Meteorology and Minor in Mathematics. Dereka gained research experience in programs such as the Louis Stokes Mississippi Alliance for Minority Participation(LSMAMP) undergraduate summer bridge program, NOAA’s Ernest F. Hollings scholarship program, and NCAR’s Significant Opportunities in Atmospheric Research and Science (SOARS) program, where she is currently active. Aside from these internships, Dereka is a part of the Minorities Striving and Pursuing Higher Degrees of Success in Earth System Science (MSPHDs) Cohort VIII.  Her research interests include mesoscale convective vortices, extreme weather modeling using WRF, and societal impacts of severe weather. Dereka’s current research focuses on the development of a tropical cyclone tornado (TCT) risk index. This work will be incorporated in an overall risk index for hurricanes developing in the Atlantic Basin, with emphasis on inland and coastal hazards.

Kim received her B.S. in Meteorology from Central Michigan University in 2009, and completed both her M.S. (2012) and Ph.D. (2016) in Atmospheric Science from Purdue University. Kim is currently a post-doctoral research assistant at Purdue University, and previously served as a post-doctoral researcher at both the University of Illinois at Urbana-Champaign and the Purdue Climate Change Research Center. Kim’s main research interests involve severe thunderstorms and tornadoes, severe weather climatology, seasonal to sub-seasonal prediction, numerical modeling, and climate change.

Logan earned his Ph.D. in atmospheric science in 2017. He graduated from North Carolina State University in May 2012 with B.S. degrees in meteorology and marine science. He has participated in summer research experiences through the Significant Opportunities in Atmospheric Research and Science (SOARS) and NOAAHollings Scholarship programs. He also volunteered at the National Weather Service Forecast Office in Birmingham, Alabama for several years. Logan’s research focuses on the predictability of storm-scale ensemble forecasting systems.

Aside from being a student at Purdue, Adam is employed as the Staff Meteorologist at Valparaiso University and has taught courses and labs in introductory meteorology and aviation meteorology. Prior to moving back to Indiana, Adam spent 6+ years in the United States Air Force as a weather officer, working in locations near St. Louis, MO, Monterey, CA and Omaha, NE. His meteorological interests include aviation meteorology and mesoscale meteorology, and enjoys the challenge of linking theory with operational meteorology and the history of weather in the U.S. military. He resides in Valparaiso with his wife Jill and his golden retriever Haily.